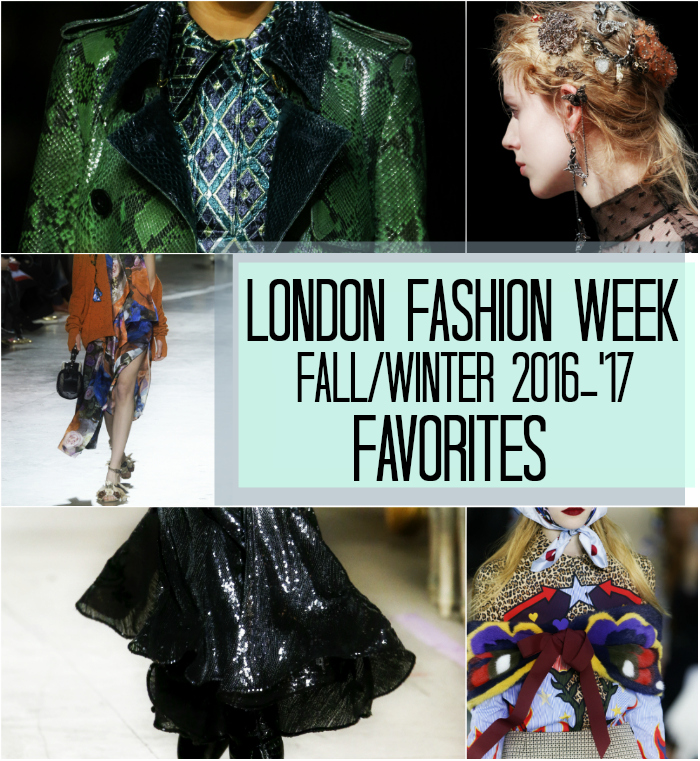 Lately I've been on a posting frenzy - for my standards at least. Fashion month tends to do that to a blogger. We're spending our days catching up on the hottest collections, social media buzz, reading reviews on vogue.com and making sure to spot all the up and coming trends.

Fashion week is exciting because it's a peek into the future - how do we want to dress in a year from now? What are we going to be like this time next year? Being a fashion enthusiast means you get to know all these things before anyone else - or at least make a good guess.

London fashion week had a lot to offer this time around. Some of my favorite designers showed this past few days and their collections exceeded my expectations. The theme that permeated this week was romance - a good amount of them went down a more dark, eerie road while others kept it classic. Lace and embroidery seem to be the key words, as nearly all of my favorites included those elements in some shape or form. We really witnessed some of the prettiest dresses, which was refreshing given that lately many designers tend to steer away from classically feminine and 'pretty' styles.

Now let's jump into my favorite collections, why I chose them and which looks stood out to me the most: 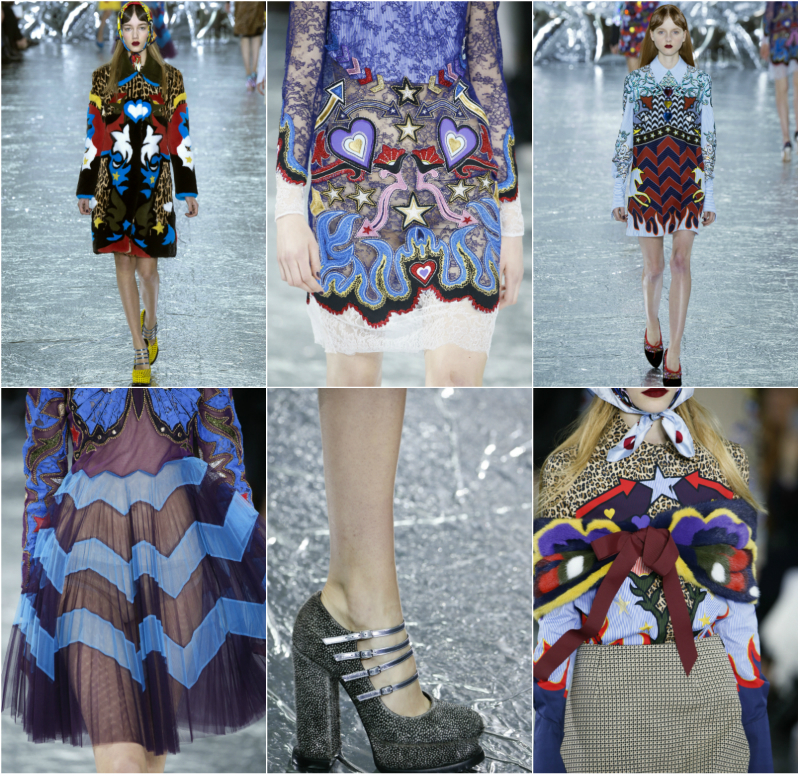 Katrantzou has an amazing eye for color and print - there's absolutely no doubt about that. What's impressive in her case is that she hasn't grown stale over the years and she hasn't stuck to this one way of making clothes that made her rise to fame. She's explored different styles since her debut while still maintaining that signature print-heavy look that her fans adore (me included). This time she dipped her toe in daywear - a virgin territory for her but it actually paid off. The best pieces were the printed shirtdresses, the color-blocked fur and the sheer embellished gowns that gave me some pre-Fall 2016 Valentino vibes. Big thumbs up. 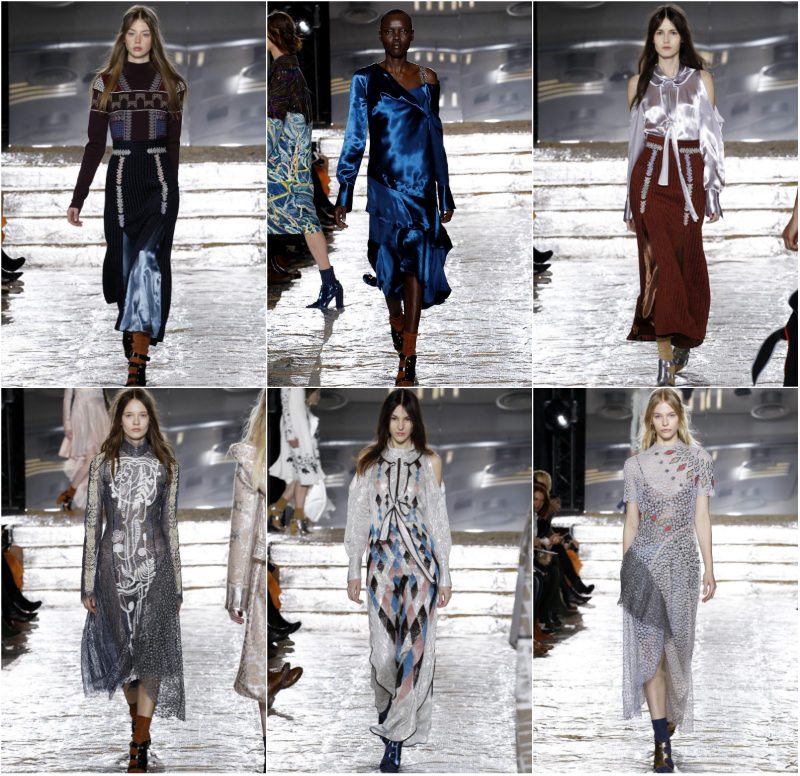 Pilotto and De Vos' inspiration for the Fall '16 woman was the nordic countries. Think icy landscapes, skiing and the like. However that translated more into the palette and less into the actual garments as there wasn't as much sportswear as one would associate with skiing and winter sports in general. The end result though was beautiful, a midi flared knit skirt with blue satin panels was stunning as well as heavily embroidered lace dresses that faintly evoked Rodarte. There were too many pretty dresses to count, all within the same cool-toned yet vibrant palette. Overall, it was a winner in my books. 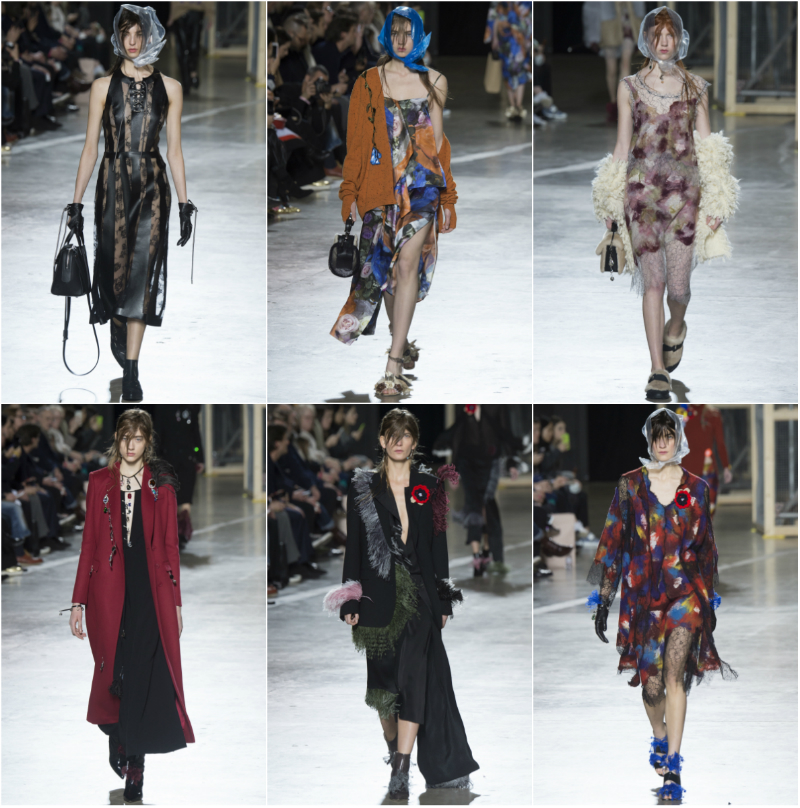 Kane is a designer that never ceases to amaze me. During his Fall '16 show he remained loyal to his tried-and-true formula while still adding exciting elements for us to relish in. I found his show to be more on the conventionally romantic side, especially with the flower printed soft dresses that were often paired with a cardigan or a sweater to give them a more relaxed vibe. Kane loves his juxtapositions, as in leather and lace, ethereal dresses with chunky pieces etc. Jewelry was dripping down clothing as if it was falling apart, which was a beautiful touch to this whole deconstructed, mad glamour he had going on. I don't know whether his clothes are made for a crazy person but I'm certainly crazy about them. 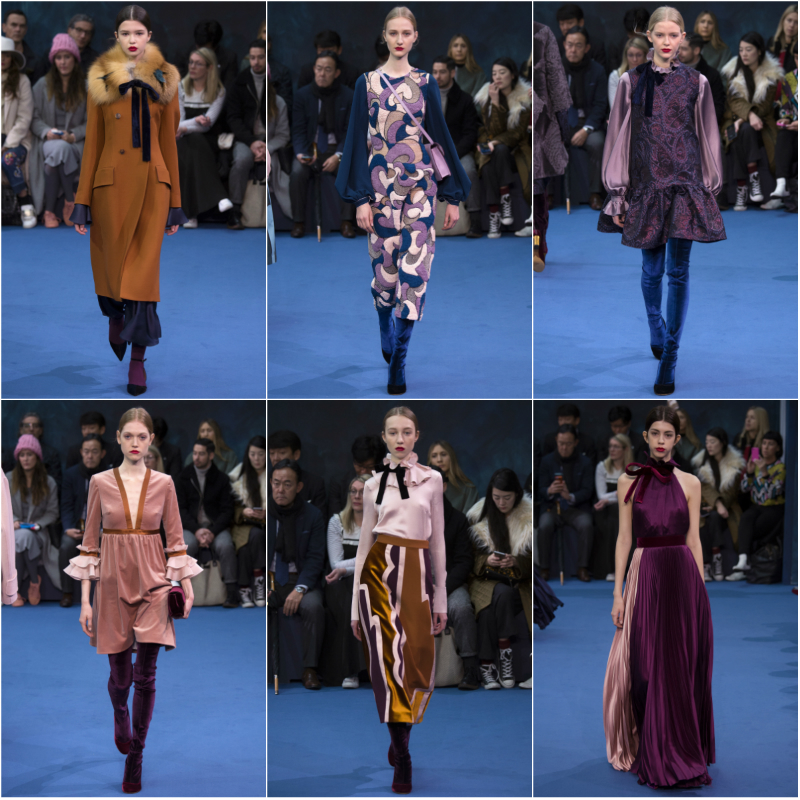 Roksanda Ilincic is yet another designer who knows color very well. Her geometric prints and flamboyant color schemes always leave people wanting more. But while the palette is eye-catching, the shape and cut of the clothes is always kept minimal, restrained and conventional. That combination makes for elegant and wearable pieces that would sure find their way into our closet come next Fall. Deep teal and baby pink were a lovely combo to start with while a terracotta midi coat with a fur collar was the kind of outerwear any chic lady would gladly splurge on. The real wow piece though, for me, was the halter purple and blush pleated gown - breathtaking. 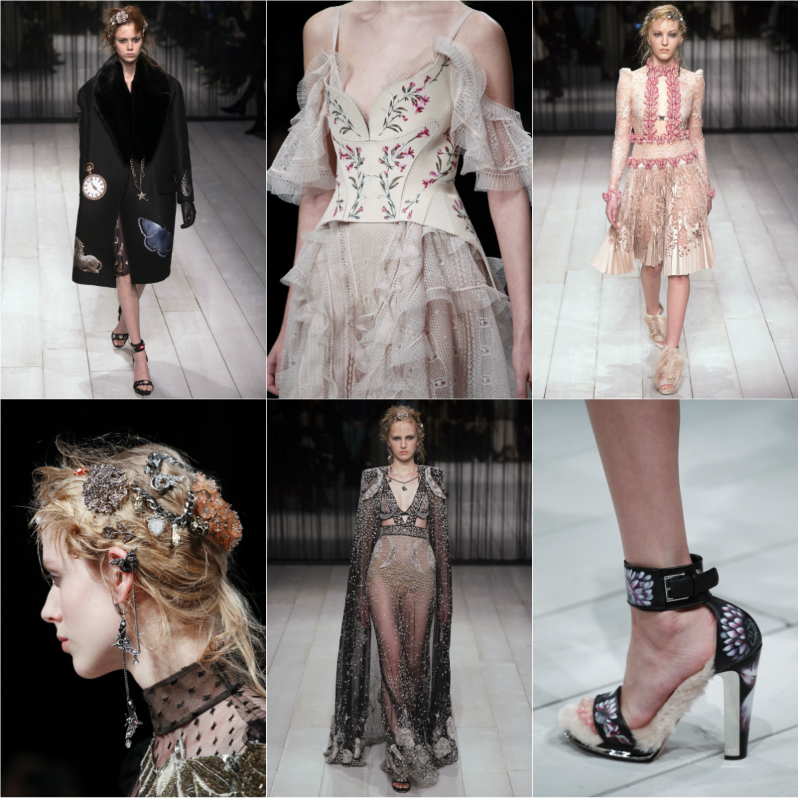 This was definitely the most buzzed about and highly praised show during London Fashion Week. Sara Burton's Fall 2016 offering was truly outstanding. There was romance, lace, ruffles, beautiful embroidered outerwear, dainty capes over barely-there gowns and so much more. The clothes spoke for themselves. The shoes were also lovely, they looked elegant from afar but up close they actually were much more chunky and sturdy than you would think at first glance and they were dressed in similar floral patterns as the clothing. The in-soles were actually made of fur so maybe that was an attempt at making sandals wearable for winter? I don't know but the result was definitely aesthetically pleasing. 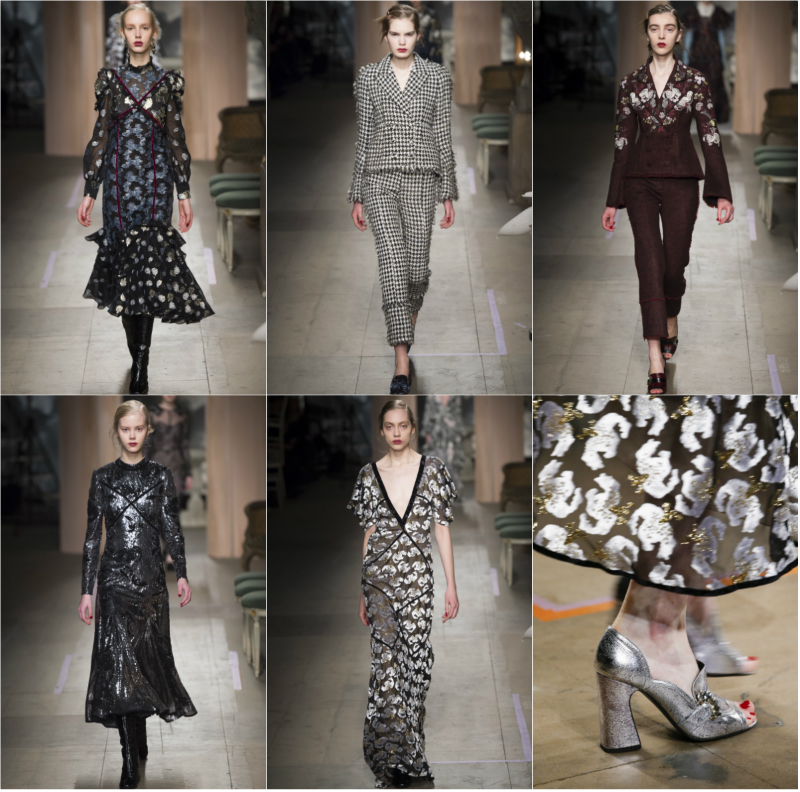 And last but not least I had to give Erdem a nod here, since I'm sort of partial to his dark romance, wicked florals and victorian-like ruffles. Moralioglu delivered once again, but this time he also added a few modern, more sporty-ish touches with a series of two-pieces in houndstooth and his beloved embroideries - my, there was an abundance of those in the London shows! The slightly frayed hem gave the pantsuits a lightness that was a pleasant surprise. The real stunner for me though was a gunmetal long-sleeved midi sequined dress that sparkled impeccably. I'd love to see more of that 30s glamour from Erdem in the future too.


How do you feel about LFW? Which designers' shows are you most excited for next? Please do share!