I had a great time with my family this past couple of days, hope you did as well.
I haven't been posting a lot lately, but things with studying have gotten pretty intense since I have some tests I need to get through. Who says uni is all fun?

But before anything else, I need to talk to you about some MAJOR news: after a lot of thought and consideration, I will be launching a youtube channel during sometime next week, alongside my dear friend Vasileia. This is something that has been in the back of my mind for some time now, but I never had the right amount of time or resources to make it happen. When my friend Vasileia told me she had similar thoughts and really wanted to start a youtube channel, that's when we decided it would be best for us to join forces and create a channel that will include LOADS of tips and advice on fashion and beauty and also lifestyle-related things, DIYs, recipes etc. But I won't spill any further, as there will be plenty of time for that in the future.

Now, on to another crazy idea of mine - actually it's not that crazy, but it came to me out of nowhere, like most of my blog posts come to me.

I need to make a small disclaimer though: these opinions are 100% mine, meaning this post is only supposed to be fun, it's not what I would call an advice post, since everyone has their own personal taste and is allowed to wear whatever they want. I can be a little rough for the sake of making this an entertaining article, I am by no means intending to offend anyone who loves some of the trends mentioned below. What's great about fashion is that it's something universal and leaves space for so much creativity and freedom for everyone to pursue their own style.

These are just a few trends that just don't work for ME as I don't find them attractive. 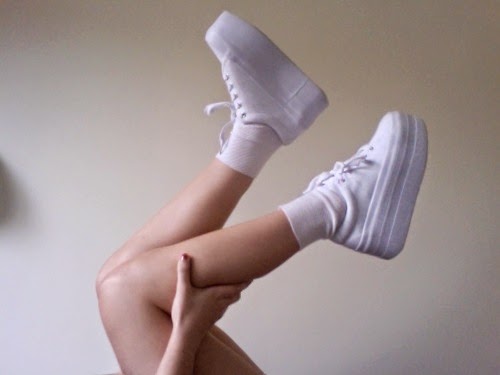 90s is probably the biggest trend out there right now but I'm just not into it. I love some of the neat straight lines, the minimalism, the coats but what's with the shoes? They're ugly, bulky and unflattering. I think it goes without saying that they wouldn't never fit into my sense of style. In fact They are quite hard to pull off in general, because you need have that kind of style going anyways for them to be gracefully incorporated into your wardrobe. 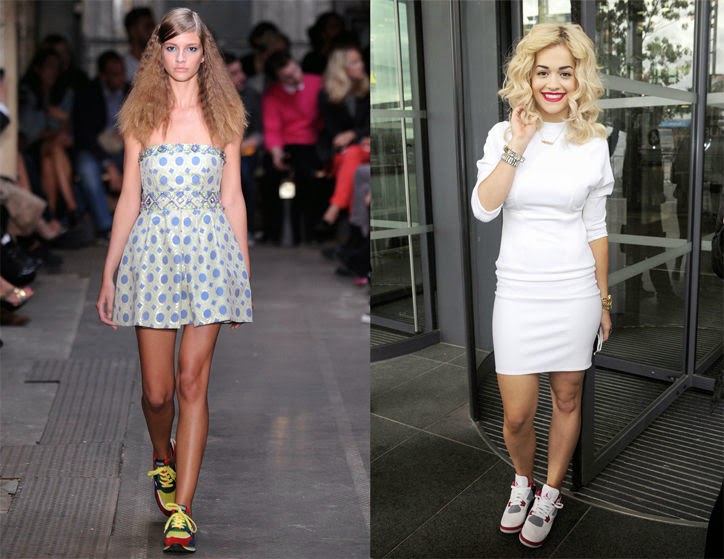 I am not a sporty kind of gal. However I don't mind a casual, sporty look every now and then. Having said that, I just don't understand dresses and sneakers in the same outfit. It's not that I don't like contradictions in one outfit, I love an edgy element to a classic look but this one has wrong written all over it. It just looks off. 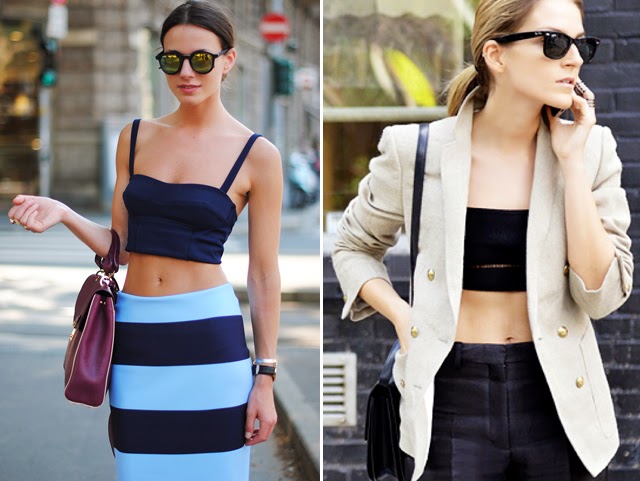 In my head: bras are underwear and tops are clothing. You can't mix these too. The end result is confusing. I am not a prude, but wearing a bra top in public makes me feel naked, there's just too much skin exposed. I know less is more, but less clothing is just not the way to go. Plus if you don't have abs like the girls in the picture above, going for that trend would mean a hot mess (and not in a good way). 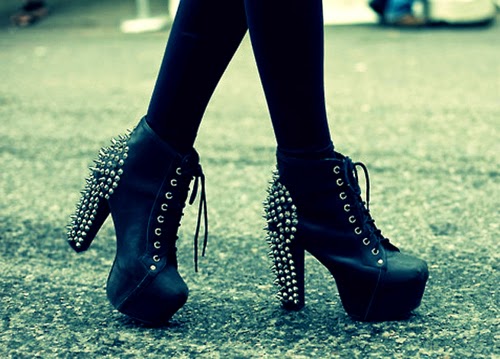 Or as I like to call them, "angry shoes". Why u so angry? They're so bold and in your face that it's overwhelming and they take away from whatever other elements you have going on in your outfit. I like a statement shoe, but one that doesn't scream "notice me". Plus, they're so over-worn that it looks like you're desperate to sport that "rock chick" style that everyone happens to think is cool. 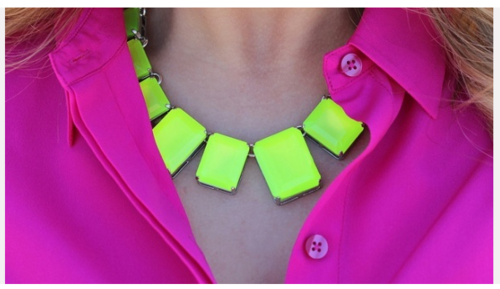 I love colors but neon is just not my cup of tea. To me, it looks tacky and it makes my eyes hurt. I don't wanna stop traffic or glow in the dark. Sometimes subtlety is more than necessary. 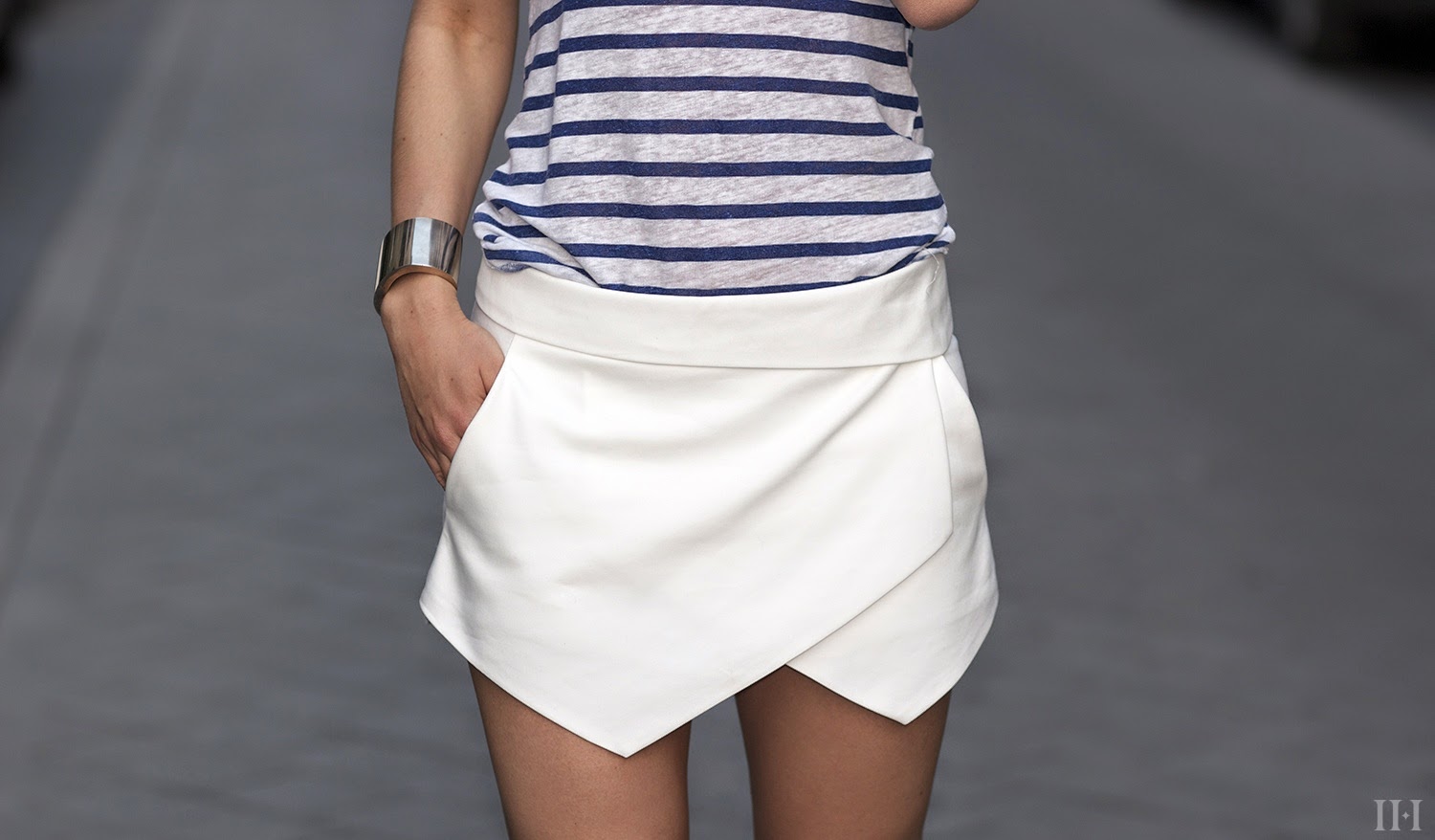 Now,  I don't hate hate skorts. I just don't feel them. They have this awkward flap thing at the front which I don't find particularly attractive and they look like shorts from the back which I find odd. They're not a bad idea per se, and they look good on some people but like all excessively hyped trends, I tend to shy away from these when I go shopping.


Shirt tied around the waist 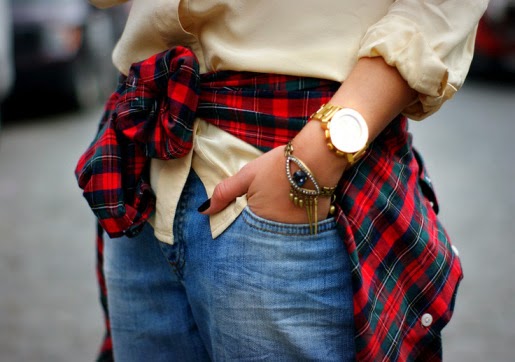 Where did that trend come from? I remembered doing that as a necessity when I was a kid and didn't want to carry my jacket around so I tied it around my waist to free my hands. But now that's a thing? I suppose it is, since absolutely everyone these days has a shirt hanging from their hips. To me it looks unnatural and 'forced' like a lot of the trends these days. It gives me this vibe, like "I'm trying to look effortless and cool but in my desperate attempt I achieve the exact opposite". Yeah sure, when Rihanna does it it's cool, when girls at my uni do it though, it looks kinda stupid (I mean, I do appreciate the effort but please stop). 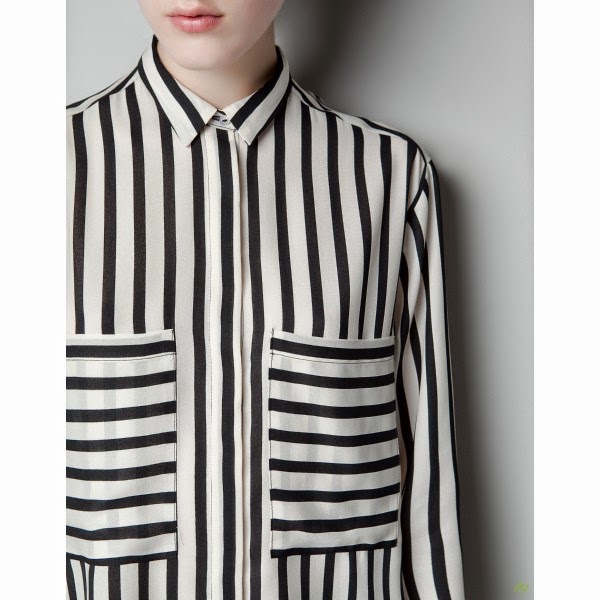 Oh my god, I get a headache just by looking at this. First off, mixing vertical and horizontal stripes is just migraine causing. Horizontal stripes on their own are cool, and they give off that nautical vibe which is very elegant for summer. Vertical stripes on their own, are just something I don't like. I can't put my finger on why I hate them, I just do. It's like they remind of something but it's a casse-tete for me so I won't bother trying to figure it out. 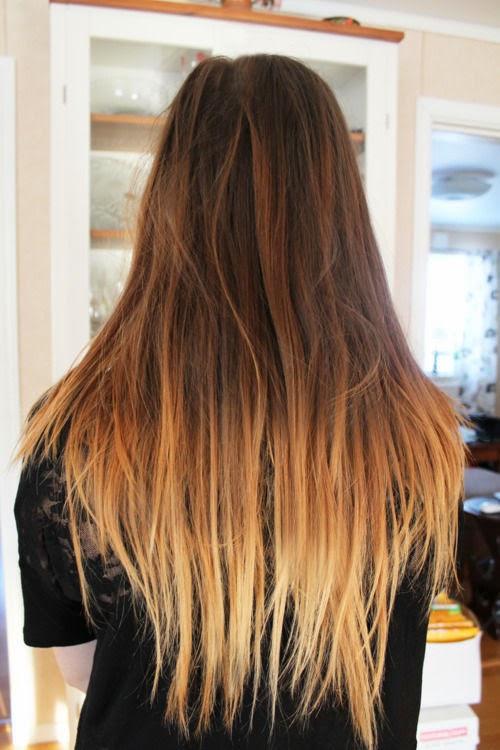 Is there one girl who hasn't succumbed to that much-loved beauty trend? If there is one, that's me. At first I thought it was okay, but when every one else decided it was cool and dyed their hair according to this technique I started to resent it. Of course, there are variations to this style and some of them I like (especially the most natural-looking ones) but the classic ombre look as pictured above is not my thing. I prefer a similar technique called balayage - if you're not familiar, you can google it - it's much better. 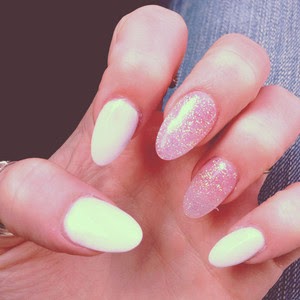 I despise those long witch-y nails to the bone. They look cheap and tacky and they remind me of prostitutes. Not elegant at all, ladies! Only Lana can wear these nails with grace. But honest question: what can you do with those nails? I'm pretty sure they're the opposite of practical. To be perfectly honest, I am not a fan of this whole nail-art thing anyway. I like my nails, clean, filed and kept to a short to medium length with just nail polish and topcoat. The rest is blatant. 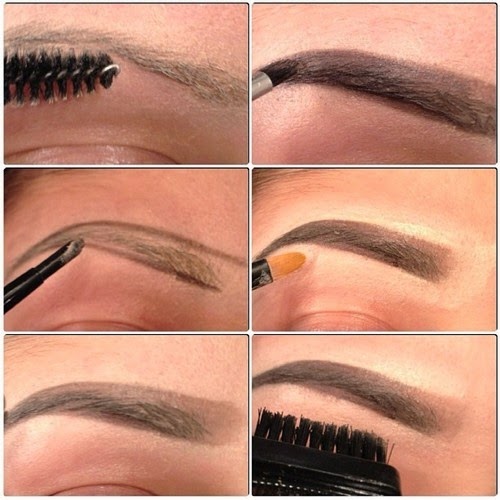 What happened to going natural? I don't understand at all why I should need 5 different products to do my eyebrows. To enhance their shape and have them well groomed is one thing, to paint them on though, is another. I do agree that nice eyebrows frame one's face and bring out their eyes etc etc but what's with all that eyebrow-craze? Of course some girls have lighter eyebrows and some have thicker ones naturally, but going overboard isn't the answer. For me, just filling the sparse areas with an angled brush and some sheer matte brown powder is just fine.

What do you think?
which trends are your least favorite?
do tell me in the comments below!