How's your week going? Mine has been all about reminiscing those gleeful, carefree Skopelos days while looking forward to leaving the city again on Saturday and cramming in meetups with all the people I want to see before I leave (I'll be gone for about 20 days).

I've also been trying to get back in shape since I've indulged quite a bit during this past couple of weeks. Getting fit after such a long hiatus is definitely not easy. I have a gym membership (which was a ridiculous offer - dirt cheap) but I just can't drag my ass there in this heat so I stay at home and blast those FitnessBlender workouts on Youtube. Besides, it's so much easier to customize your workout to your specific needs when you have such a vast array of workout videos to choose from.

Anyway, enough blabbering about that. Let's dig into day 3 of my beautiful - albeit short - vacation:

On the third day we opted for a different beach, Limnonari. It was also suggested by the owner of our hotel as one of the quieter, calmer beaches on the island. Getting in touch with nature away from the touristy crowds sounded just right to us, so again, we took the bus which left us at Agnondas bay, since it doesn't reach Limnonari. Little did we know we'd have to walk from there for half an hour under the burning sun. Seriously at some point we thought we would never get there.

Thankfully though we did and we were not disappointed, however we did wish we had chosen a less fussy destination.

The sun was so bright it made the pine tree leaves appear almost neon green. 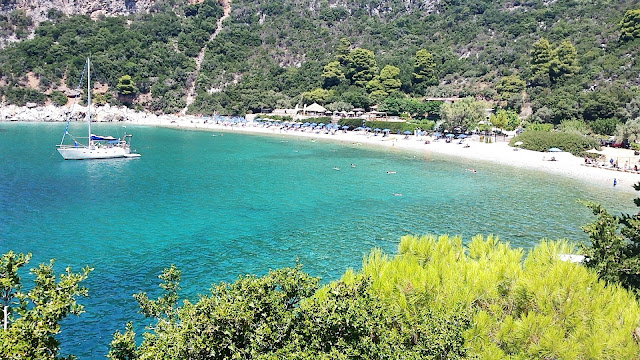 The water looked so inviting and after such an exhausting walk we were dying for a dip. 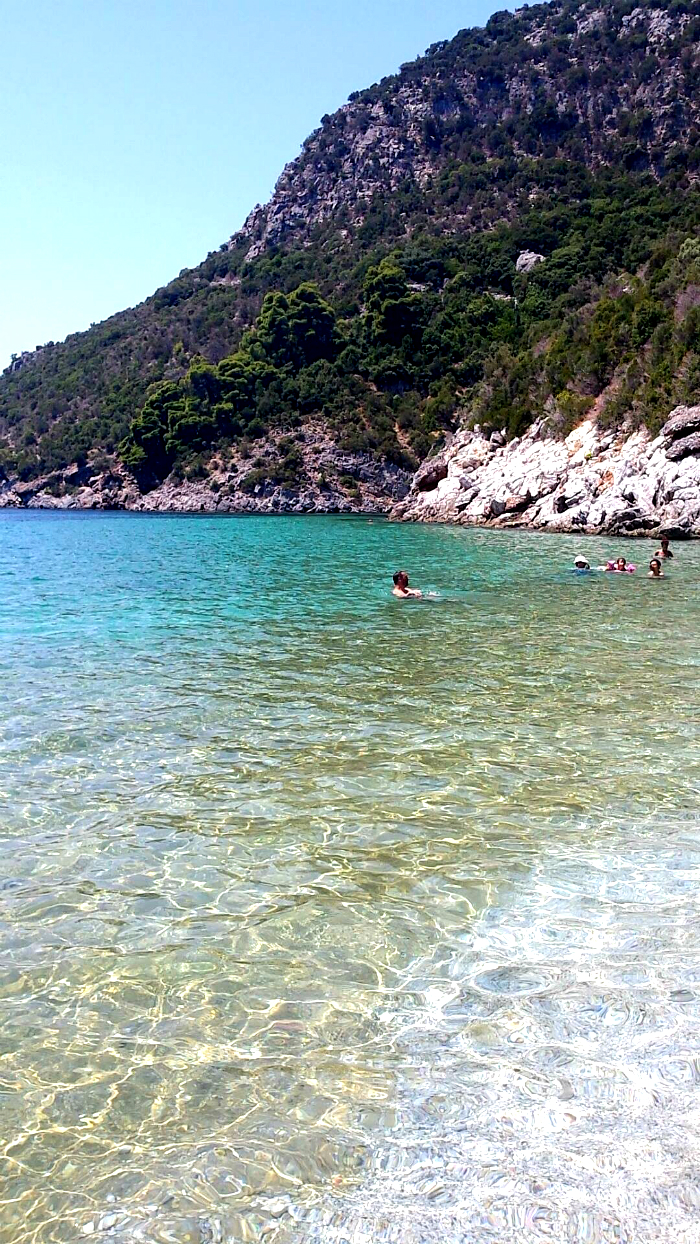 We found natural shade under a tree and stayed there for a few hours, watching the water glimmer under the sun and listening to the sound of crickets.

When we got to the hotel we were absolutely wiped out and lightly sunburnt. That's the side of travelling you will never hear about in fancy travel blogs, that's for sure!

In the evening we decided to reach the chapel at the end of harbor, hoping to catch a pretty view at sunset. 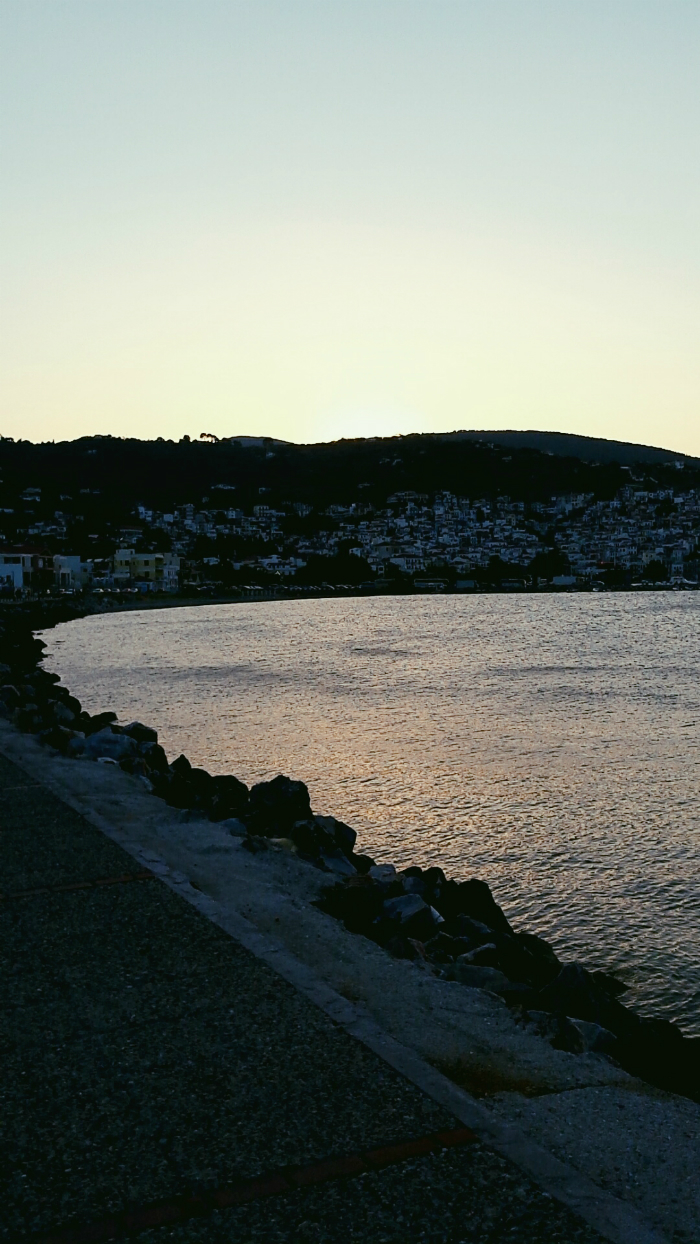 The most beautiful colors painted the whole town in shades of lilac and blue.

And a quick snap of the look of the day, as per usual!

We made our way up the stairs and found ourselves at the pretty terrace. 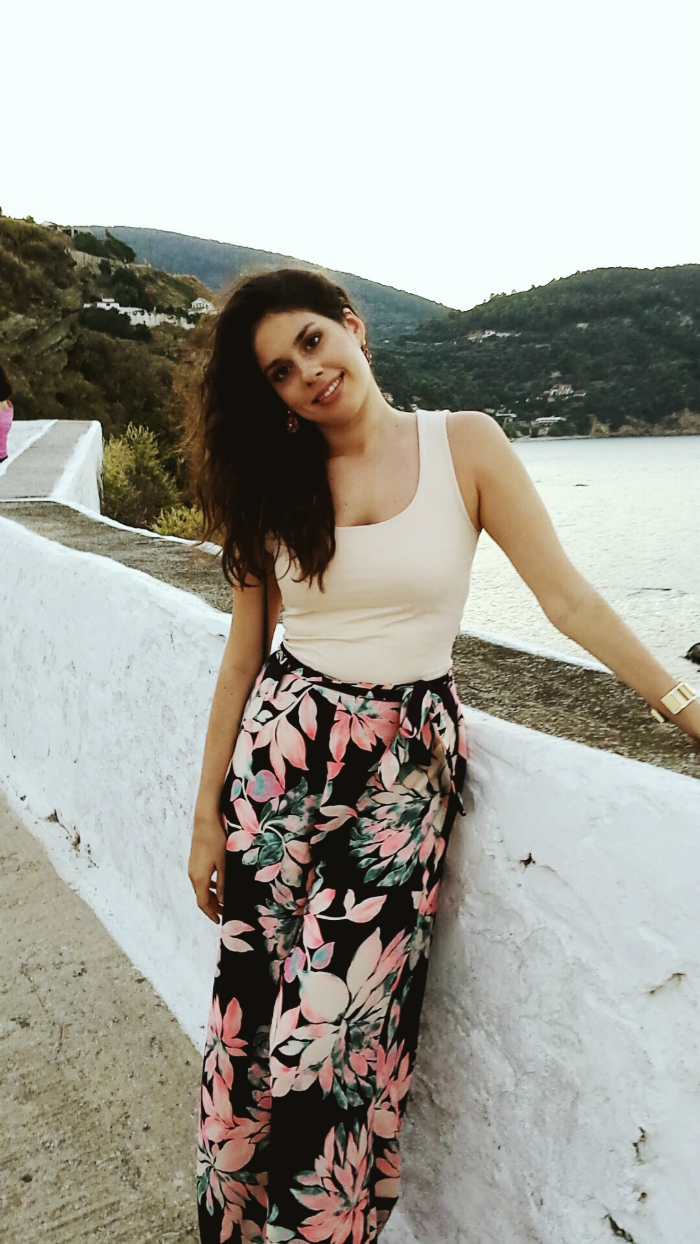 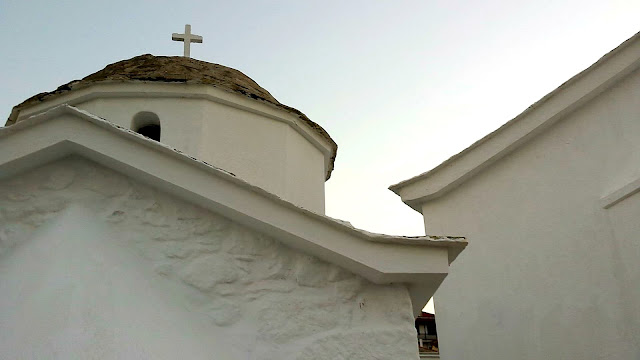 I guess you could say the view wasn't so bad either! 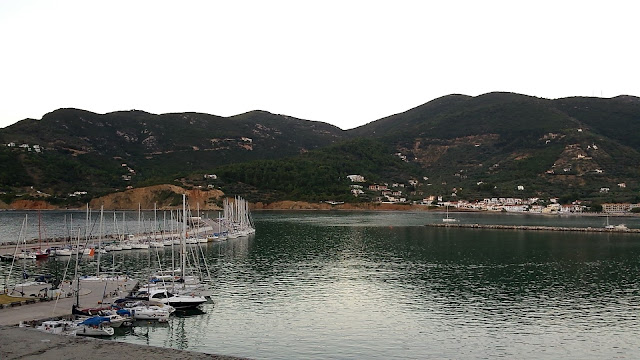 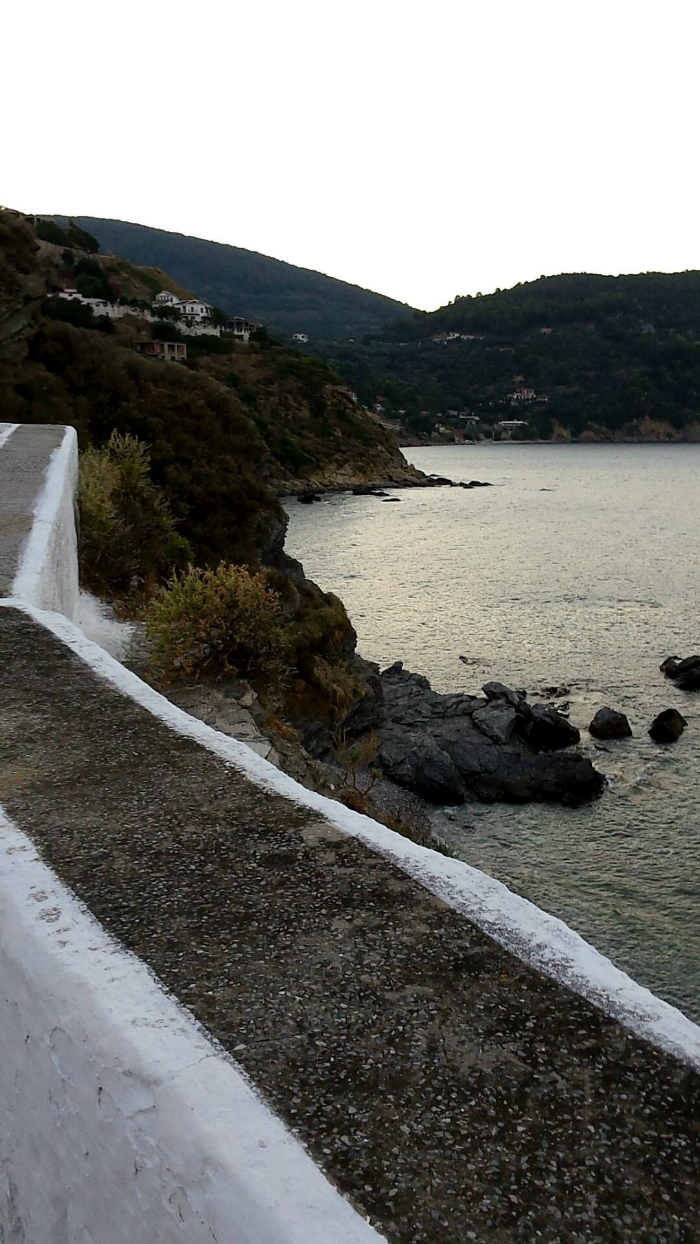 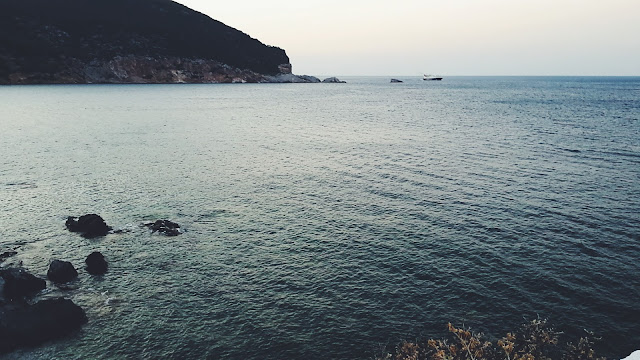 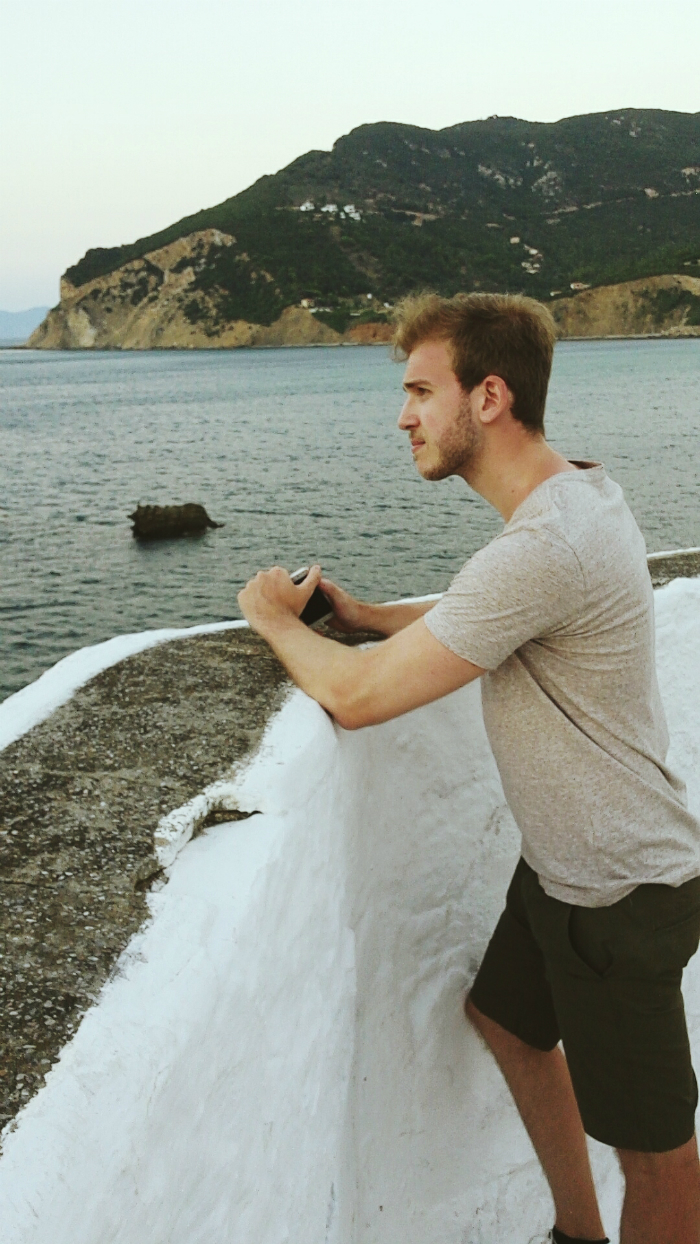 We had dinner at a local tavern and headed back to our studio to get some serious rest!

That's it for day three. Next one is my favorite, you don't wanna miss it!